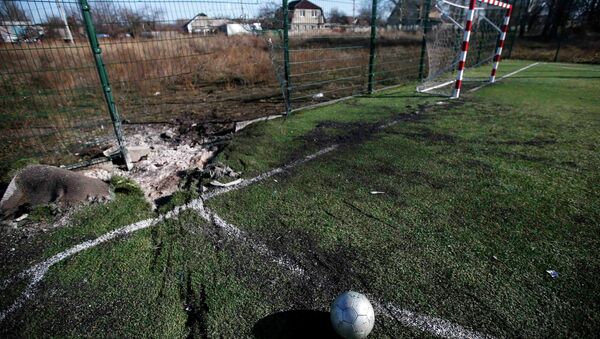 © REUTERS / Maxim Zmeyev
Subscribe
The headquarters of the self-proclaimed Donetsk People's Republic said that fighting in the west of the Luhansk region continues though shooting in Ukraine's eastern Donetsk region, which continued throughout Friday, halted.

"Shootings resumed around one of the checkpoints at the entrance to Nikishino on Friday. There is one person wounded from the militia side," a representative from the headquarters said, adding that the fighting subsided by the end of the day.

However, fighting continues in the west of the Luhansk region, where Kiev forces are shooting at militia positions and residential areas, the representative said.

"There are casualties among the civilian population, the exact number of victims is being determined," the representative added.

Both sides have subsequently accused each other of violating the truce. The special monitoring mission deployed in the conflict-torn regions by the Organization for Security and Co-operation in Europe (OSCE) continues to report instances of shelling.