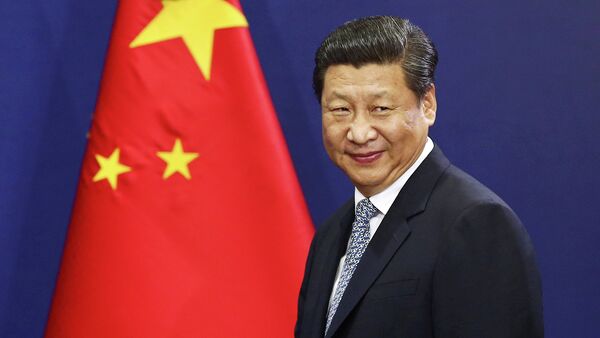 © Fotobank.ru/Getty Images / SeongJoon Cho
Subscribe
An expert on Northeast Asia said that Japanese Prime Minister and Chinese President could discuss relations in a monumental meeting on the sidelines of this year's Asia-Pacific Economic Cooperation summit.

"The two have not met since assuming office two years ago, and tensions between the two countries have been high over territorial ownership in the East China Sea. But having agreed Friday to acknowledge that differences over territorial ownership exist, and establishing "crisis management mechanisms" is a very positive step in the right direction. It may also well open the way for a meeting between the two leaders at long last," Goto added.

A meeting between Chinese and Japanese officials in Beijing on Friday resulted in an agreement to address tensions over the Senkaku/Diaoyu Islands in the East China Sea. Part of the agreement includes a mechanism to prevent maritime accidents. The nations decided to begin working on restoring diplomatic and security relations, which have deteriorated since Japan bought some of the disputed islands in 2012.

Goto told RIA Novosti that the move enables "stability in the region, without which there cannot be sustainable economic growth". The Northeast Asia expert went on to say that an "Abe-Xi meeting would be the hallmark of this year's APEC meeting".

Goto added that there could also be a bilateral meeting on the sidelines of the summit between US President Barack Obama and Russian President Vladimir Putin, aimed at improving US-Russia relations.

The APEC CEO Summit is scheduled to take place this weekend in Beijing, China, and will be followed by the APEC Economic Leaders" Meeting (AELM) on Monday and Tuesday. The meetings welcome 21 nations to discuss economic issues as well as global efforts to respond to the Ebola virus epidemic, the situation in Ukraine, and other ongoing crises.