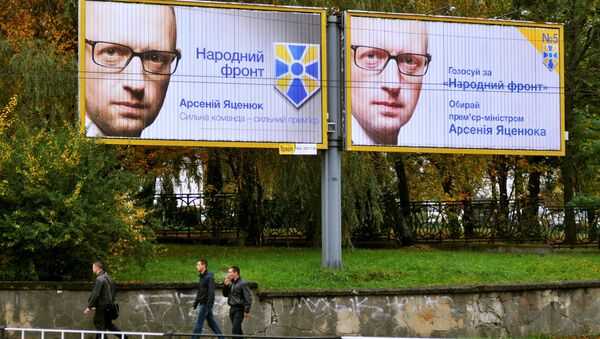 Poroshenko's bloc, the party of Ukrainian President Petro Poroshenko, received 21.81 percent of the votes, according to the commission.

Four other parties have also made it to the Verkhovna Rada (Ukrainian parliament) — the Samopomich (Self-Help) party with 10.97 percent of the votes, the Opposition Bloc with 9.43 percent, Oleh Lyashko's nationalist Radical Party with 7.44 percent, and Batkivshchyna (Fatherland) party headed by Ukraine's former Prime Minister Yulia Tymoshenko with 5.68 percent of the votes.

Ukraine held early parliamentary elections on October 26. Ukrainians went to the polls to vote for 423 members of parliament — 225 of them from party lists and 198 in single-candidate constituencies.