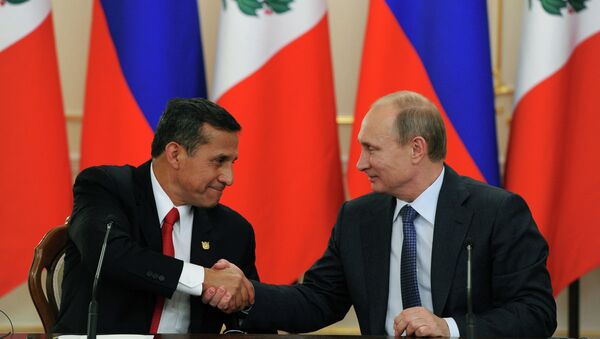 “With the participation of Russian specialists, Peru’s first microsatellite Chasqui-1 was put into orbit. Two more small satellites are to follow,” he said.

Russian cosmonaut Oleg Artemyev launched Chasqui-1 by hand during a spacewalk on August 18. The tiny satellite, weighting one kilogram (2.2 pounds), was designed by students to take pictures of the earth and transmit them to a ground station using amateur radio frequencies.

Artemyev was joined by Alexander Skvortsov who took photos of the Chasqui-1 release.