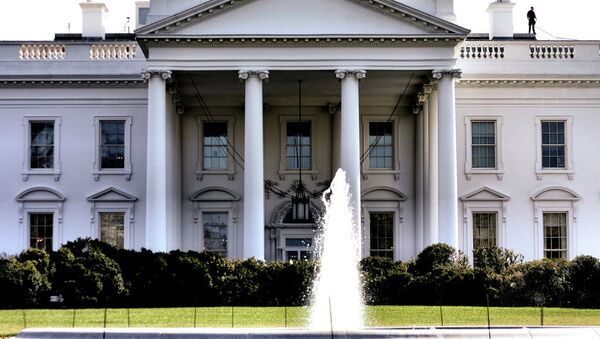 © Flickr / Phil Roeder
Subscribe
A senior director for Russia and Eurasia at the National Security Council underscored that "sanctions are very much in the realm of executive authority".

WASHINGTON, November 7 (RIA Novosti) — The White House will not accept a bill from the Senate regarding further anti-Russia sanctions as it restricts freedom in foreign policy, special assistant to the US President Celeste Wallander said on Friday.

"The White House never likes the Senate to be telling it what to do, so you can imagine what the White House thinks about any Senate bill that ties its hands in foreign policy," Wallander who is also a senior director for Russia and Eurasia at the National Security Council said at a World Affairs Council conference in Washington, DC, adding that "sanctions are very much in the realm of executive authority".

She also noted that the sanctions are most effective when they are targeted, calibrated and in the case of Russia "closely coordinated with US allies in Europe".

John Beyrle, former US ambassador to Russia, said at the same conference that a sanctions bill proposed by the US Congress limits the ability of the president to increase and decrease the severity of sanctions that "can be counterproductive and make the situation worse".

The Senate's Ukraine Freedom Support Act of 2014 introduced in mid-September by Democrat Robert Menendez and Republican Bob Corker has not been taken up by the full Senate and is currently pending further action.

Over the past few months, the United States, the European Union and their allies have introduced several rounds of sanctions against Russia, accusing the country of meddling in Ukraine's internal affairs and sending troops there. However, none of these statements were supported with any evidence. Moscow has repeatedly denied these allegations, stating that Russia is not involved in what it describes as an internal conflict.

Western sanctions have targeted Russia's largest banks, its energy and defense companies, and some individuals.