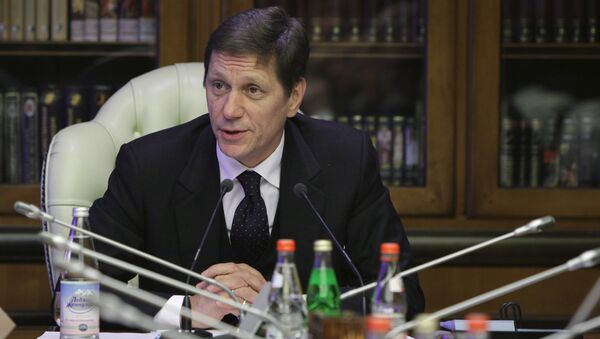 "The games in Sochi were assessed highly by the UN General Assembly and this is yet another proof that the organization and the holding of the Olympic Games in Russia have been recognized by the world sports community as highly successful," Zhukov said as quoted by the official website of the Russian Olympic Committee Thursday.

"In the documents, the UN, for the first time, recognized the independence and autonomy of sports from politics," Zhukov explained, adding that "this is truly a landmark, historic event".

Zhukov emphasized that the Winter Olympic and Paralympic Games in Sochi opened new possibilities in the sphere of education, promoting tolerance and mutual understanding in the world community.

The Sochi Olympics were held on February 7-23, 2014, and were the first Winter Olympics in Russia.

The Russian Olympic team topped the medal count, winning 13 gold medals and 33 all together, its best all-time result.