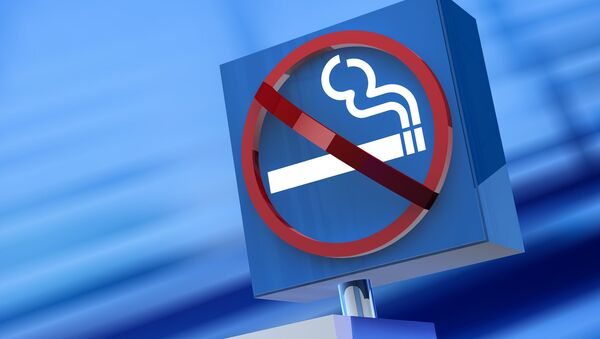 © Fotolia / vege
Subscribe
The minimum legal age at which people can purchase tobacco products in Russia may be raised from 18 to 21.

MOSCOW, November 6 (RIA Novosti) – The Russian State Duma is considering raising the minimum age at which people may purchase tobacco products legally from 18 to 21 years old, Sergei Poddubny, first Deputy Chairman of the Committee on Physical Culture, Sports and Youth Affairs in the lower house of Parliament, said on Thursday, according to Russian newspaper Izvestia.

“The new law that banned smoking in public places is not working… At the next plenary meeting, which will take place on November 10, I will suggest holding a round table that would discuss the effectiveness of the new law on the prohibition of smoking [in public places] and also discuss the introduction of an initiative to ban the sale of tobacco to young people below the age of 21,” Poddubny said, as quoted by Izvestia.

Poddubny’s initiative has reportedly been met with approval in the State Duma. In particular, Nikolai Valuev, a former heavyweight boxing champion who is now a Duma Deputy, said he would actively support the initiative, since he believes it is the right thing to do, Izvestia said.