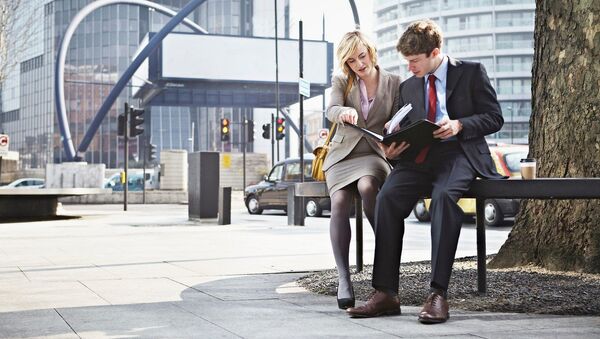 MOSCOW, November 4 (RIA Novosti) — Men are twice as likely to earn over 50,000 pounds (almost $80,000) a year than women in the United Kingdom, the country's national Trade Union Congress (TUC) said in a report published Tuesday.

According to the report, this statistics did not exclude women in sectors where they were well-represented, as in law and education.

TUC underscored that the gap is even wider for UK women working part-time, who earn 34 percent less than men per hour.

“It feels like the glass ceiling is getting stronger not weaker and we need a much tougher approach to stop future generations of women from suffering this pay penalty,” TUC General Secretary Frances O’Grady was quoted as saying in the report.

O’Gardy added that companies must be held more accountable for how they pay their staff and obliged to publish information.

“Four decades on from the Equal Pay Act women are still losing out on pay and career opportunities,” he said.

The 1970 Equal Pay Act of the United Kingdom Parliament requires equal treatment between men and women as relates to wages and working conditions. TUC advocated for the principles of the act and represents UK employees both locally and in international bodies.