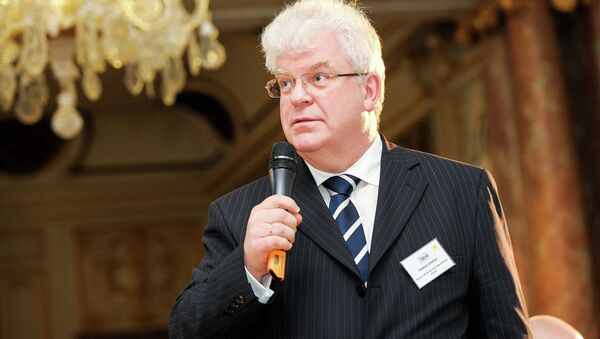 High Representative of the EU for Foreign Affairs and Security Policy Federica Mogherini's interpretation of the elections in Donetsk and Luhansk raises concern, according to Russia's Ambassador to the European Union.

BRUSSELS, November 3 (RIA Novosti) —Russia's Ambassador to the European Union Vladimir Chizhov told RIA Novosti Monday that he is disappointed with the way High Representative of the EU for Foreign Affairs and Security Policy Federica Mogherini has interpreted the elections in Donetsk and Luhansk.

"The vote, the way she sees it, was illegitimate and the EU will not recognize it. It is also claimed that the elections were held contrary to the spirit and the letter of the Minsk Protocol," Chizhov said. "I can voice concern with such an interpretation. And especially with an attempt to show it [the elections] as something that contradicts Minsk agreements," he added.

On Sunday, the self-proclaimed Donetsk and Luhansk people's republics held elections for the heads of the local governments and representatives of the legislative bodies.

The European Union, the United States and the United Nations have spoken out against the Sunday elections, claiming that they undermine the agreements reached in Minsk. Meanwhile, Russia has expressed its intention to recognize the elections and has emphasized that not recognizing them will run counter to the Minsk agreements and undermine efforts to rebuild peace in the regions.

The crisis in Ukraine's eastern regions escalated when Kiev authorities launched a military operation against independence supporters in eastern Ukraine in mid-April. The conflicting sides reached a ceasefire agreement at a September 5 meeting of the trilateral Contact Group on Ukraine in Minsk. A memorandum specifying the implementation of the ceasefire was adopted at another Contact Group meeting on September 19.