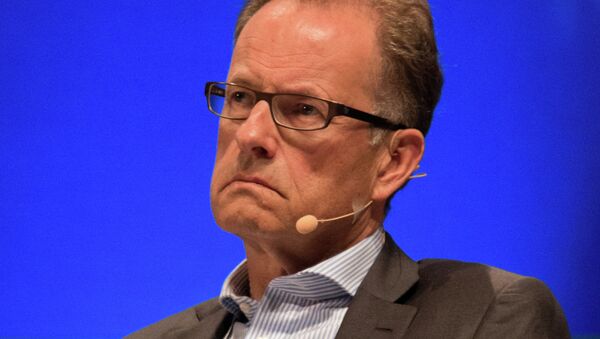 © Stefan Schäfer, Lich / wikipedia.org
Subscribe
According to United Nations Office at Geneva Head Michael Moller, Russia is a very active member of the Security Council and an extremely positive interlocutor.

GENEVA, November 3 (RIA Novosti) — Russia is playing a very important role in the work of the United Nations and is an important member of the UN 'universe', United Nations Office at Geneva Head Michael Moller told RIA Novosti Monday.

"Russia is one of the five permanent members of the Security Council, it is a very important member in the United Nations universe. It's a very active member, and in my areas of responsibility — an extremely positive interlocutor," Moller said.

Speaking of Russia's role in the Economic Commission for Europe, he said "Russia, of course, has a particularly important role to play. We always had extremely constructive discussions and very pragmatic approach to problems that we can always find a solution to."

"It [Russia] is one the very important countries in practically everything that we do," Moller added.

"This is not New York, this is not the political part of the UN. This is the operational hub of the international system, where we are pragmatists, where we are dealing with day-to-day problems that affect everybody."