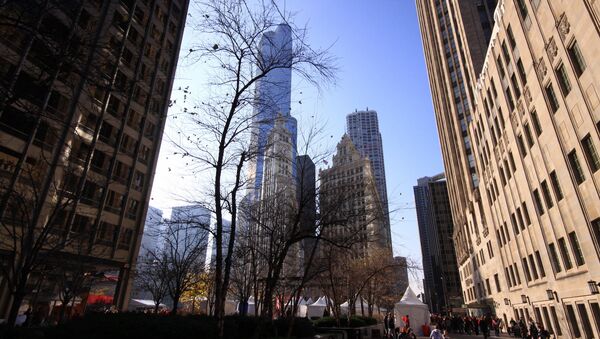 "You guys watching think I'm crazy, but this is what I'm made for," Wallenda said Sunday night, as quoted by Chicago Tribune, after his first few steps on the first wire.

It took 35-year-old Wallenda less than seven minutes to walk more than two city blocks across the Chicago River from the Marina City west tower and the Leo Burnett Building, according to Chicago Tribune. The stunt was done at a 19-degree slant and set the world record for steepest incline for tightrope walking between two buildings.

Wallenda did the second part of the stunt blindfolded, walking from Marina City west tower to the east tower at more than 500 feet above the ground. It became the highest blindfolded skywalk ever recorded, according to Chicago Tribune.

Wallenda performed both parts of the skywalk, which was aired by the Discovery Channel, without a harness or a safety net.