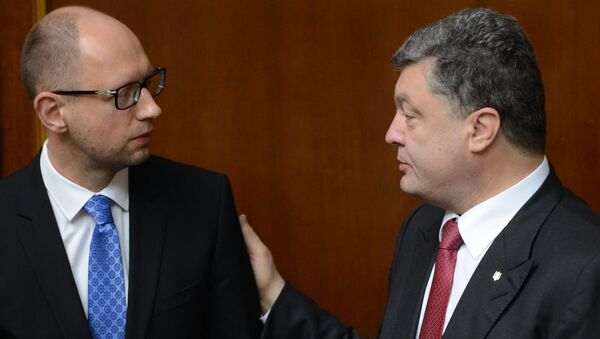 According to the Russian Energy Minister Alexander Novak, Russia and Ukraine have not discussed the prices for Russian gas deliveries during summer and Russia is not aware of the origin of the numbers, stated by Ukrainian Prime Minister Arseniy Yatsenyuk.

BRUSSELS, October 31 (RIA Novosti) — Russia is not aware of the origin of Ukrainian Prime Minister Arseniy Yatsenyuk's statements about prices for Russian gas deliveries during summer, as the issue has not been discussed yet, Russian Energy Minister Alexander Novak said.

"With regard to the prices, I want to say that we have not discussed the prices for gas deliveries during summer period today, we have only discussed period from November until March. Russian side starts with the fact that the contact exists, active since 2009 until 2019, where the pricing mechanism is outlined," Novak said following trilateral gas talks between Russia, Ukraine and the European Union in Brussels.

"This is why numbers, which have been stated by Ukrainian Prime Minister today… we do not completely understand where they came from, so we think that these are some sort of prognostic numbers, which Ukraine may think of as a price," Novak concluded.

Novak added that the gas prices for the summer period will be based on oil prices at that time.