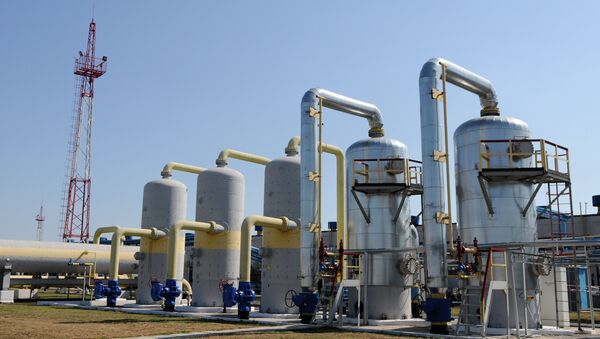 The IMF spokesperson refrained from passing comment on whether the IMF would make any recommendations to Kiev on the payment of its gas debt.

“I don’t want to give into gas discussions, which as you know are ongoing as we speak. We’ve encouraged both sides, Gazprom, Naftogaz, to reach a mutually acceptable agreement as soon as possible,” Rice said.

The spokesperson refrained from passing comment on whether the IMF would make any recommendations to Kiev on the payment of its gas debt.

“I think that is something we will be discussing in the context on the upcoming review,” he stated.

Ukraine currently receives gas only through reverse flows as Russian energy giant Gazprom switched the country to a prepayment system over its gas debt of more than $5 billion. In September, Russia and the European Commission proposed the so-called winter package, according to which Ukraine should pay $3.1 billion of its debt to Russia by the end of the year in exchange for gas deliveries during the winter period.

Earlier on Thursday, Ukrainian authorities confirmed their readiness to pay the requested $3.1 billion, with the first tranche of $1.45 billion being transferred in the near future and the second payment of $1.65 billion to take place by the end of the year. Russia, Ukraine and the European Union resumed negotiations on a temporary gas delivery agreement on Wednesday.