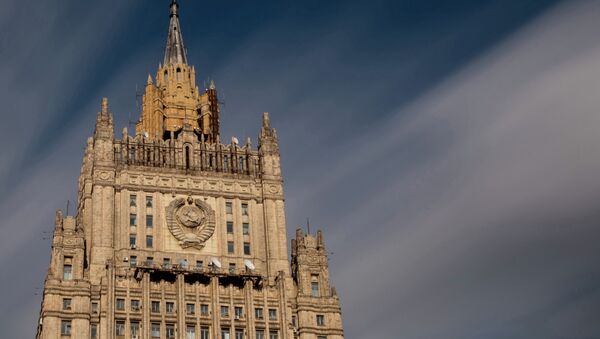 Russia hopes that Ukraine will start resisting the neo-Nazi sentiments and launch an investigation into all crimes against humanity committed in the country.

"Of course we expect, first of all, that the new Ukrainian government that will be formed on the results of these elections will start working seriously on the [human rights] situation," Dolgov said.

"The human rights situation in Ukraine is drastic. [We hope that] real and not politicized investigations of all crimes against humanity committed in Ukraine will finally be launched, starting from the so-called Maidan sniper case and ending with…Donetsk burial sites, the Boeing tragedy and other crimes," Dolgov stressed, adding that Moscow hopes that Ukraine will start resisting the neo-Nazi sentiments present in the country.

Since mid-April Ukraine has been engulfed in a violent internal conflict, when the Ukrainian government launched a military operation against independence supporters in the southeastern regions of the country. According to UN estimates, more than 3,500 people have been killed in the conflict, with almost 8,200 injured.

Abduction and murder of journalists, the Malaysia Airlines aircraft crash in eastern Ukraine, discovery of mass graves near Donetsk and other crimes are the potential cases for investigation.