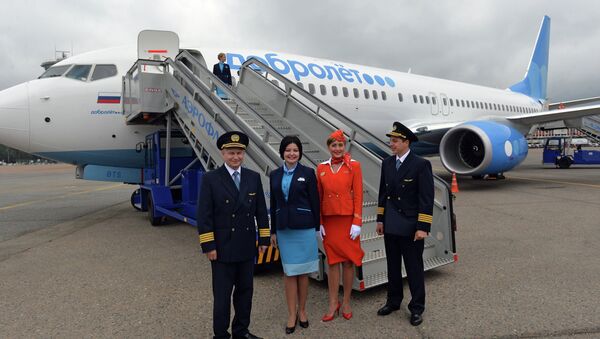 Russia’s national airline’s low-coster Budget Carrier, created instead the low-budget Dobrolet, sanctioned by the EU, is set to make its first flight on November 17; the tickets sale opens on November 1.

The sale of tickets will kick off on November 1.

The Budget Carrier will fly two Boeing-737 aircrafts, with two more to join the fleet by the end of the year. The aircrafts to be subleased from Aeroflot

A legal entity for Budget Carrier was created in September instead of Aeroflot’s sanctions-slain low-coster Dobrolet, which suspended all the flights since August 4 due to the introduced EU sanctions.

Dobrolet was included on the EU blacklist unveiled on July 30 among other Russian entities, targeted by sanctions over their alleged role in the escalation of the Ukrainian crisis.