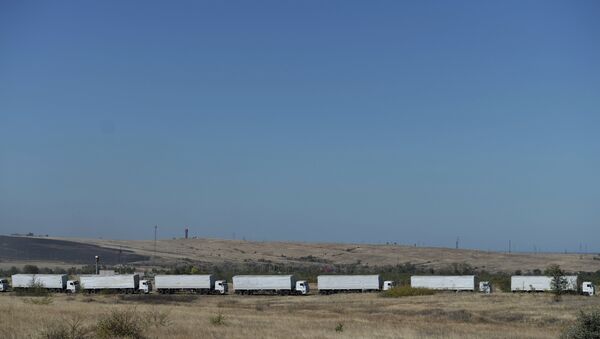 "No official information, no official documents have been received by the Ukrainian side on this issue," Lysenko said at a briefing in Kiev.

Earlier on Tuesday, Russia’s Emergencies Ministry announced it would send another humanitarian aid convoy of up to 50 trucks to Ukraine later in the day.

In April, Kiev forces started a military operation against independence supporters in eastern Ukraine, which claimed lives of over 3,700 people. On September 5, the conflicting sides reached a ceasefire agreement at a Contact Group meeting in Minsk.

Due to the conflict, Ukraine’s southeastern regions have witnessed a severe humanitarian catastrophe, as many citizens struggled without clean water, electricity and other essentials.