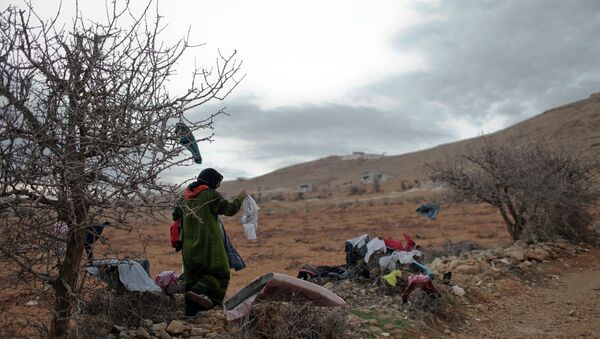 According to NNA, in four days of fighting between the Lebanese Army and militants in the country's north 11 military men have been killed. Moreover, there were also civilian victims.

Despite the casualties, Lebanon's Prime Minister Tammam Salam reaffirmed his support of the army's activities during a security meeting on Monday.

"The Cabinet rallies around the Lebanese Army in its battle against terrorists in a bid to strike them and restore security to Tripoli and the north," the prime minister stated, as quoted by the NNA.

On Friday, Lebanese Armed Forces began a massive clear-up operation in Tripoli against armed groups linked to the Islamic State after the army arrested one of the militant leaders and more than ten of his allies, which bolstered extremist activities.

Tripoli has seen clashes between Sunni militants and the Lebanese Alawite Shiite minority following the spillover of the civil war in Syria in 2011 into Lebanon.

Although the IS does not control territory in Lebanon, the militant group occupies areas in remote eastern Lebanese mountains from where it launches attacks.