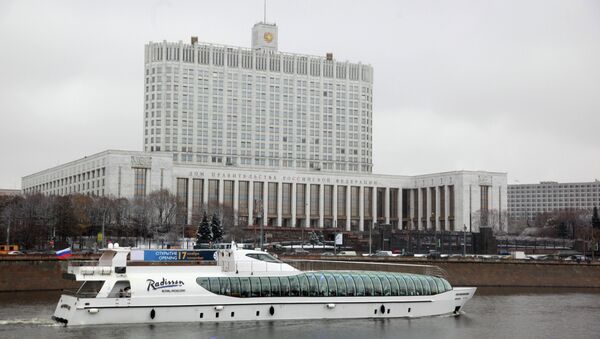 MOSCOW, October 26 (RIA Novosti) — The Russian government has announced its support for a bill aimed at the collection of taxes from Russian tax residents who use offshore banking and dual taxation treaties to avoid paying taxes in Russia, RIA Novositi’s Russian language service reported.

The bill, which was drafted by the Russian Duma after consultations with the Ministry of Finance, is aimed at increased financial transparency, and “curbing the use of low-tax jurisdictions to obtain an unjustified tax benefit, and to allow for the taxation of retained earnings,” the Cabinet of Ministers’ site noted on Saturday.

The bill introduces the concepts of a “controlled foreign company” and a “controlling person.” The former is defined as a company controlled by a Russian tax resident. Control is deemed to mean that the person or entity’s interest in the company comprises 50 percent or more. The bill also accounts for shares which may be registered jointly under the names of individuals' spouses or children.

Supported by all four parties in the Duma, the bill will result in amendments to the country’s tax code, including fines for individuals and entities (including companies, partnerships, foundations, trusts, and others) who attempt to evade taxation.

Russia has been looking for ways to bring individuals and companies that evade taxes to justice since 2012, shortly after Vladimir Putin’s return to the presidency. The Russian state newspaper Rossiyskaya Gazeta has estimated that the use of offshore tax havens has cost the country between $800 billion and $1 trillion dollars over the last two decades.

Discussing the draft bill late last month, Prime Minister Dmitri Medvedev said that the law would take account of and be acceptable to the interests of business and the economy as a whole.

The changes to the tax code proposed by the bill are set to take effect January 2015, with the definition of control over a controlled foreign company set to be shifted from 50 percent in 2015 to 25 percent by 2017.