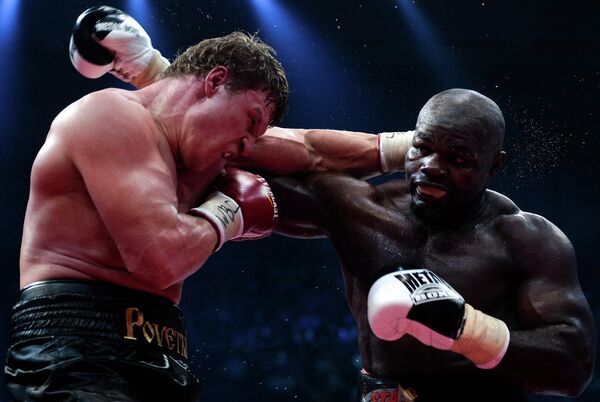 Povetkin defeated the much heavier Takam in a 10th round stoppage and captured the World Boxing Council Silver heavyweight title at the Luzhniki Concert Hall in Moscow.

The fight was very close and exhausting. The Russian struggled through the high work rate by Takam, who got off to an early lead. However, Povetkin hurt Takam in the 9th round, putting him down on the canvas.

In the 10th, Povetkin scored a hard left hook to his opponent’s head, sending him to the mat again. Referee Kenny Bayless stopped the fight.

The victory puts Povetkin in line for a bout with the winner of the fight between WBC heavyweight champion Bermane Stiverne and his mandatory challenger Deontay Wilder.

2004 Olympic gold medalist Povetkin has won 28 fights during his professional career. The win over Takam is Povetkin’s second knockout victory since his only loss in 2013 against world heavyweight champion Wladimir Klitschko. Takam has a record of 30 victories, two losses and one draw.

Before the fight Povetkin told RIA Novosti that his principal goal is to get in the ring against Klitschko again.

"I am deeply motivated to become world champion and to fight against world heavyweight champion Wladimir Klitschko," he said.