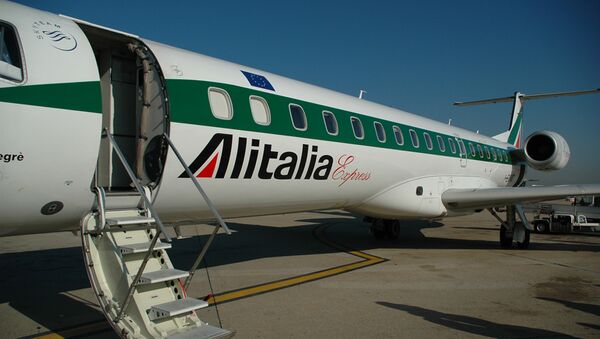 Citing a document signed by the airline's management and several labor unions, the airline will cut down on 879 ground crew, 61 pilots and 54 air stewards. The document was signed by three of four labor unions representing the right of transport workers. The employees will begin receiving letters of notice from October 31.

According to La Stampa newspaper, Alitalia had already cut down on 700 employees who either voluntarily resigned or reached retirement age.

Reduction of employees was one of the conditions in an agreement signed between Alitalia and Etihad Airways to sell 49 percent of its stakes to the Emirati airline.

The contract signed on August 8 this year is aimed at recapitalization of Alitalia which experienced losses of about 1.7 billion euros (over $2.15 billion).

The remaining amount will be recovered by restructuring Alitalia’s debt. The airline took it up on itself to lay off more than 2,000 employees with only 950 having access to retirement packages or employment in other available vacancies.