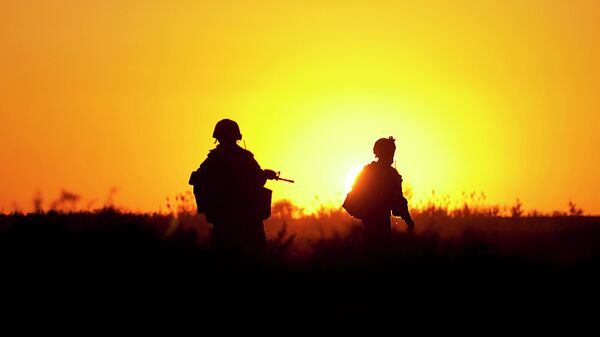 "To continue an interventionist policy in Muslim countries, the United States needs to have forces in place. For domestic political reasons US ground troops are not practical or an option, so security contractors, as they are not 'troops,' are usable," Hoh, who is also a Senior Fellow at the Center for International Policy (CIP), said Thursday.

Despite this incident, US policymakers are unlikely to seriously demand more oversight of private contractors, according to Hoh, but they will try to provide mercenaries with more protection.

"I expect that there will be legislation put in place by Congress to indemnify and protect security contractors in the future," Hoh said.

Hoh believes there is too much money to be had in fielding private contractors, which has led to a lucrative cycle between corporations profiting from conflict and those in Washington who favor American power and intervention.

The Iraq veteran also pointed out how leveraging contractors have helped the United States in concealing war costs, both in terms of dollars and body count.

“The other aspect of this is that it hides the cost of the war. We simply do not know how many contractors were killed in the Iraq or Afghan wars. The US relies upon claims made to the Department of Labor and Department of Defense, but that number is partial as many of the killed and wounded contractors, particularly TCNs, or Third Country Nationals, don't ever have claims filed,” Hoh added.

The Blackwater military firm took part in the Iraq war under a contract it signed with the government of the United States. In 2010, Blackwater changed its name to Academi after being implicated in a number of crimes, including shooting civilians and arms smuggling.