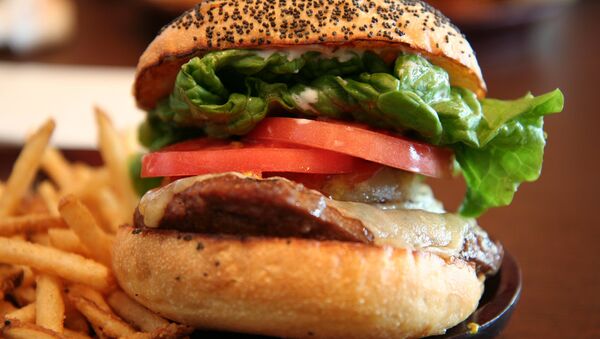 Despite Big Macs still being cheap, McDonald’s sales and profits have decreased, the Huffington Post said on October 23.

McDonald’s earnings fell by 30 percent. Although the company’s sales fell in Russia, Germany and especially China after a scandal over meat supplies, the key reason for the poor numbers is low sales on the home front, the BBC reported.

Earlier, experts speculated that McDonald’s sales plummeted because low-income Americans have suffered from a weak economy and therefore they were not able to afford eating out at McDonald’s.

However, this could be a false conclusion, as McDonald’s menu prices have grown only by a mere 4.8 percent between 2009 and 2014, whereas prices at other fast-food eateries rose anywhere from 6.7 to 16.9 percent, according to Bureau of Labor Statistics data published on the Huffington Post.

Despite higher prices at other fast-food eateries, their sales have actually increased. Therefore, the issue plaguing McDonalds may be its falling reputation. There is commonly held perception that McDonald’s food is not worth consuming at any price, the Huffington Post said.

McDonald’s is now trying to re-brand itself as seller of fresh and good quality food by introducing “transparency initiatives”, such as a last week's campaign asking customers to submit their opinions about the company’s food, the CNBC News reported.