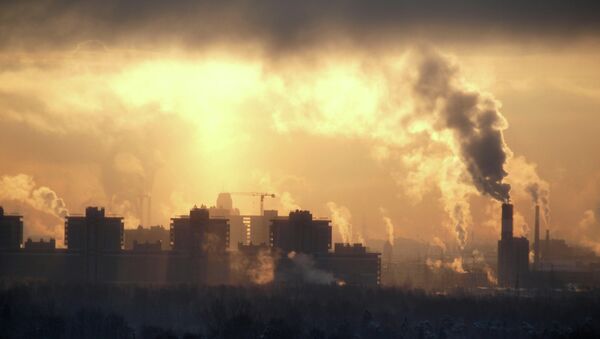 The British-based charity Oxfam has welcomed the European Union's climate and energy package for 2030 but stressed its targets to curb carbon dioxide emissions, increase renewable energy use and reduce energy demands are insufficient.

"Today's target of at least 40% of emissions reductions is welcome but only a first step, which falls far too short of what the EU needs to do to pull its weight in the fight against climate change. Insufficient action like this from the world's richest countries places yet more burden on the poorest people most affected by climate change, but least responsible for causing this crisis," Oxfam deputy advocacy and campaigns director Natalia Alonso said in a statement published on the organization's website following a meeting of EU leaders Thursday.

European leaders met in Brussels and agreed to reduce carbon dioxide emissions by at least 40 percent, increase renewable energy resources to 27 percent and set a nonbinding target to reduce energy demands by some 27 percent. According to Alonso, the deal is minimal and bolder targets are needed.

"EU leaders had an historic opportunity to shape a smarter, fairer, more sustainable future through a clear shift towards renewable energy and energy efficiency today. Instead, they have been held back by the fossil fuel industry and their friends, settling for an underwhelming response that keeps the EU stuck in the energy and climate crisis," Alonso said.

The Oxfam deputy director added that it was "shocking" that business leaders actually called for higher binding targets than the European Union. According to Oxfam, 11 large European companies including Philips, Ikea, Spar and Unilever urged leaders to agree to binding targets to reduce greenhouse emissions by at least 40 percent in addition to increasing renewable energy use and energy efficiency by the same amount.

According to Alonso, EU leaders have a chance to redeem themselves and he hopes they will propose higher targets early next year and that all states will allocate sufficient funds toward helping poorer countries dealing with the effects of climate change.