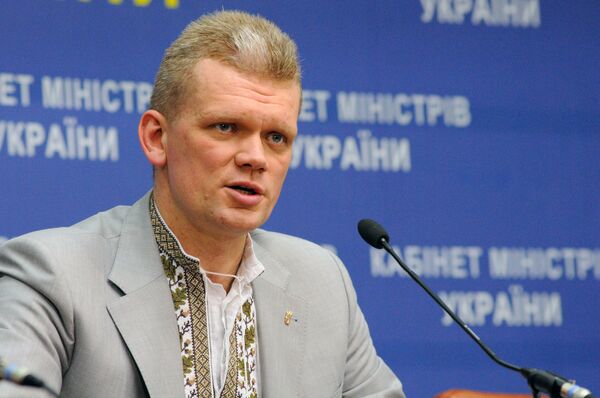 Ukrainian farmers will lose about $17 million by the end of the year if Russia keeps its import ban on Ukrainian agriculture products, Ukrainian Food and Agriculture Minister Ihor Shvaika said Wednesday.

“If the ban is in force until the end of this year, farmers will lose about $17 million because of their inability to sell products under previously agreed contracts. Our experts estimate that possible losses in 2015 may stand between $50 and $60 million,” the minister said.

Last week, Rosselkhoznadzor requested Ukraine to provide information about the country's agriculture and harvest in various regions and "present other convincing guarantees that agricultural products supplied to Russia were produced in Ukraine" before October 21. Ukraine failed to present the requested information.

According to Rosselkhoznadzor, certain goods arriving from Ukraine could have been produced in the European Union. In addition, some of the products exported to Russia from Ukraine failed to comply with phytosanitary requirements, the watchdog said.

Moscow introduced a one-year ban on the import of certain food products from the European Union, the United States, Australia, Canada and Norway in August in response to their sanctions against Russia.