US Visa Ban Punishes Hungary for Relations With Russia: Expert 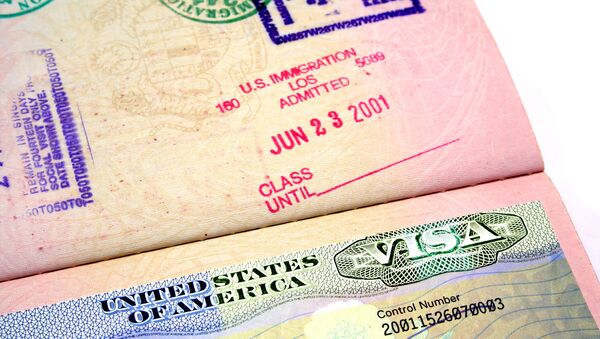 Hungarian policy toward Western sanctions against Russia is one of the reasons why the United States has cancelled visas for several Hungarian officials, the head foreign policy editor of Hungarian newspaper Magyar Nemzet, Gabor Stier, said Wednesday.

"I am inclined to think that it is a punishment for the fact that we talk to Russia," Stier said at the Valdai International Discussion Club, referring to the recent US visa bans.

"Hungary's behavior in relation to the sanctions [against Russia] has been reserved. [Hungary] builds pragmatic relations with Russia," Stier said.

According to Stier, this behavior is easily explained by Hungarian political and economic interests. Such a pragmatic approach is not welcomed by the West.

The journalist also cited the United States' possible unhappiness with Hungarian domestic policy among reasons behind the visa ban.

"America thinks that we are corrupt, but we are a sovereign state, and it is our business. Many people in the United States do not like that Viktor Orban [Hungarian prime minister] is very independent. We do not think that liberal democracy is the only possible democracy," he said.

On October 18, the United States imposed sanctions against certain Hungarian officials and businessmen over their alleged involvement in corruption.

According to the Hungarian media, the visa ban could target people associated with Orban and be a response to Hungary's rapprochement with Russia and critique of the sanctions imposed against Russia by the West.

The United States, the European Union and a number of their allies have already imposed several rounds of economic sanctions against Russia, accusing it of supporting independence fighters in southeastern Ukraine.