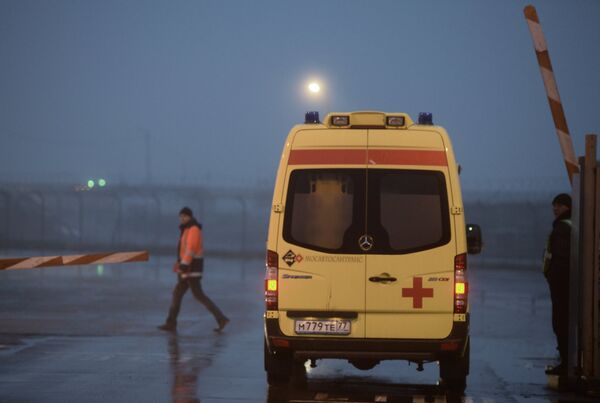 Russian investigators have confirmed that the driver of the snowplow, which French oil giant Total CEO’s private jet crashed into on a Moscow runway and resulted in the deaths of three crew members and the oil company’s head, was drunk.

Russian investigators have confirmed that the driver of the snowplow, which the private jet of the head of French oil giant Total crashed into on a Moscow runway resulting in the death of three crew members and the oil company chief, was drunk.

"It has currently been confirmed that the driver of the snowplow was under the influence of alcohol. Moreover, a decision may be made to suspend a number of the airport's personnel during criminal investigations," Russian Investigative Committee spokesman Vladimir Markin said.

A criminal investigation has been launched into a possible violation of aircraft safe-driving regulations, resulting in the death of two or more persons.

Four theories as to the cause of the accident are currently being investigated.

"Some of the main theories being investigated at this time are a mistake by air traffic control and the actions of the snowplow driver. Bad weather conditions and the possibility of a mistake by the pilot will also be considered," Markin said.

The Falcon 50 jet crashed late Monday night in the Vnukovo-3 Airport in Moscow after the aircraft hit a snow removal vehicle on takeoff. The aircraft was flying from Moscow to Paris with energy giant Total’s head Christophe de Margerie as the only passenger on board besides three crew members, also French citizens. All four people died in the crash.

Vnukovo Airport temporarily suspended all flights following the incident, but has since resumed operations.

Following the news about the tragedy, French Prime Minister Manuel Valls said in a statement that the country has lost "a great industry captain" who turned Total into a world giant. Former Finance Minister Alexei Kudrin said that de Margerie "did a lot to attract investments to Russia."

De Margerie was born in 1951. He joined Total in 1974 after graduating from the Ecole Superieure de Commerce in Paris. He served in several positions in the Finance Department and the Exploration & Production division. In May 2006, he was appointed to the company’s board of directors. He became chief executive of Total on February 14, 2007. Since May 2010 he served as chairman of the company.