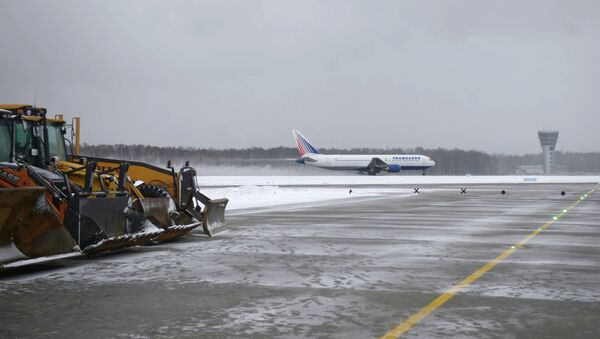 "There are different versions of the accident: guilt of pilots, guilt of dispatchers, guilt of the snow-removing machine's driver, poor visibility," Sibul said.

He also said that the plane's nose landing gear collided with the snow-removing machine and the plane rolled over. Now, investigators are trying to find out whether there is a video recording of the incident. Sibul added that firing of a number of airport employees is under consideration.

A Falcon 50 jet crashed Monday night in the Vnukovo-3 airport. The cause of the crash was the jet’s collision with a snow-clearing machine on the runway. The aircraft was performing a flight from Moscow to Paris with the head of Total energy giant Christophe de Margerie as the only passenger on board.