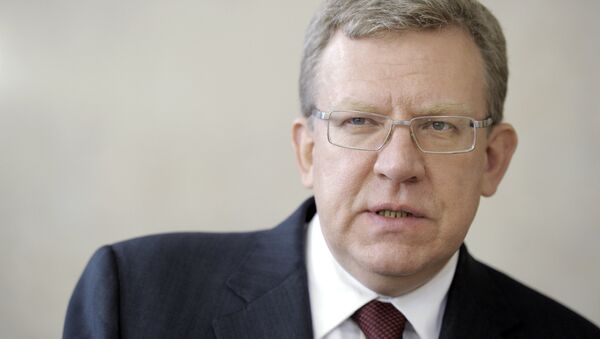 "French oil and gas company Total CEO Christophe de Margerie, who died at Vnukovo, did a lot to attract investments to Russia. It is a great tragedy," Kudrin said in his Twitter microblog.

The Falcon 50 business jet crashed late Monday night at the Vnukovo Airport in Moscow after the aircraft hit a snowplow on takeoff. The energy company chief was the only passenger on board the plane, alongside three crew members, all French citizens. No one on board survived the crash.

An air traffic control mistake, the snowplow driver's actions, bad weather conditions and the possibility of pilot error are among possible causes of the accident currently under consideration.

De Margerie was born in 1951 and joined Total in 1974 after graduating from the Ecole Superieure de Commerce in Paris. He served in several positions in the Finance Department and the Exploration & Production division. In May 2006, he was appointed to the company's board of directors. He became chief executive of Total on February 14, 2007, serving as chairman of the company since May 2010.