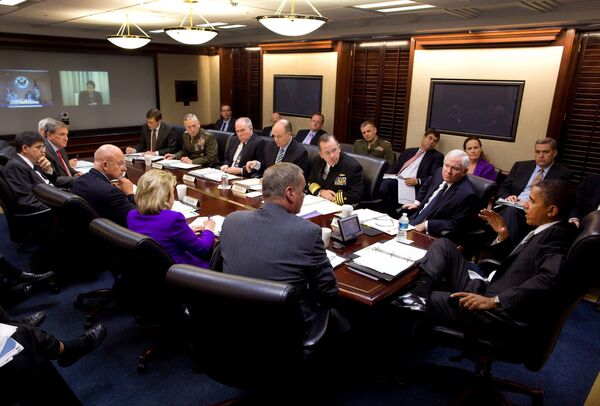 "The death of innocent civilians is something that the US government seeks to avoid if at all possible," Stroh told the agency on Monday.

"In those rare instances in which it appears civilians may have been killed or injured, after-action reviews have been conducted to determine why, and to ensure that we are taking the most effective steps to minimize such risk to civilians in the future."

New statistics were released on October 16 by the UK Bureau of Investigative Journalism, claiming that fewer than 4 percent of the victims of US drone strikes in Pakistan had been identified as members of Al Qaeda. A greater number of casualties were described as militants, but with little corroborating evidence.

"Without commenting on alleged drone strikes in Pakistan, I would note the President has emphasized the extraordinary care taken to ensure that our counterterrorism actions are carried out in accordance with all applicable domestic and international law and are consistent with US values and policy," Stroh stressed.

"Of particular note, before we take any counterterrorism strike outside areas of active hostilities, there must be near-certainty that no civilians will be killed or injured – the highest standard we can set," he concluded.

In the past there has been controversy over the failure of US authorities and the central of Pakistan to coordinate drone strikes within the country. Pakistan's Prime Minister Nawaz Sharif has called for an end to the US drone strikes, accusing the US of violating the country's territorial integrity and basic human rights.