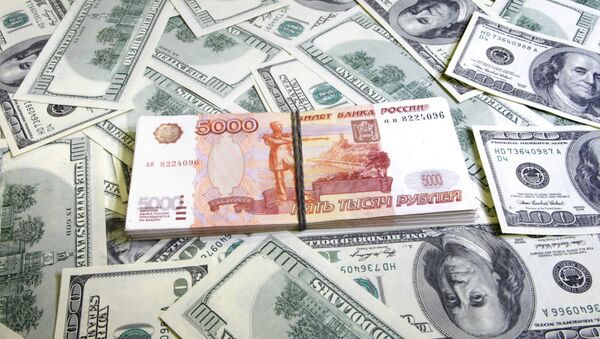 Russia’s dollar-denominated stock index plunged more than 20 percent since mid-July, while the rouble has fallen 17 percent against the dollar to record lows.

While some investors are taking fright at Russia’s evaporating growth, others view the devalued market as a two-way street, meaning while some are selling out, others are scooping up Russian assets, or at least holding them on. Tom Mundy (JLL) says it makes sense for those with long-time horizons due to the good quality of some assets.

“In some of the new economy areas where there is an access point to the consumer, or say IT, or retail, mobile phones, companies like that actually tend to deliver very high returns for shareholders, so in those areas it’s not so clear that those companies are cheap, but you can make the case that they do provide good returns to shareholders, and I think in those areas there will be interest from investors,” Tom Mundy said.

“I think sooner or later the sentiment of investors will change as Russian companies would appear undervalued, and some investors would take risks and come in and the circle start all over again,” Maria Petrova said.

One of the recent reports by Mergermarket on M&A activity in Russia stated that while this year is on course to be the weakest for Russian M&A since 2009, challenging economic conditions and escalating political tension has caused some Russian firms to accelerate concluding deals and assets sales. Whereas deal value already slumped in the first half of the year, the number of deals did not fall as sharply: Russia saw 110 deals recorded in the first half compared to 135 transactions during the previous six months and 80 versus one year ago. Large international players and investors remain keen on Russia’s most attractive consumer-focused sectors, including technology, e-commerce, food and specialty retail and logistics, the report said. Also, market watchers expect Asian investors to look to invest in Russia’s natural resources and infrastructure sectors.