World Moving Back to Period of Great Power Competition: Analyst 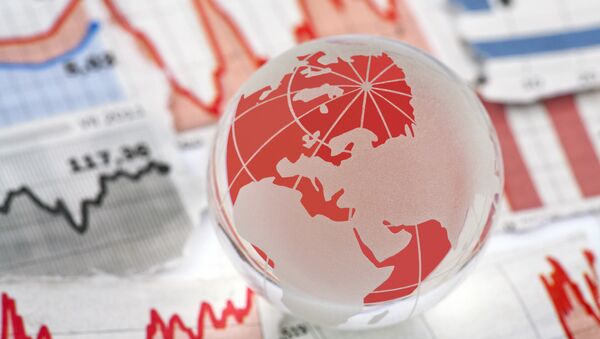 © Jakub Krechowicz
Subscribe
While there has been a long period without a major conflict between superpowers, the world is moving back into a period of great power competition, Robert Kagan, Brookings Fellow and policy analyst, told RIA Novosti.

WASHINGTON, October 18 (RIA Novosti) — While there has been a long period without a major conflict between superpowers, the world is moving back into a period of great power competition, Robert Kagan, Brookings Fellow and policy analyst, told RIA Novosti.

"Are we moving back toward great power competition, the answer is clearly yes," Kagan told RIA Novosti at a Friday Brookings event on the influence of the US as a declining power or a world leader. "I would say that, again, some of that was inevitable because the period of no other great powers was an artificial situation," he added.

Arguing that the US "doesn't get to retire" from its responsibilities and costs as a superpower, Kagan is not convinced that the US will retain that role. "It is possible to sustain this, but not forever. And I can't account for disasters that may occur and another recession [or] a depression."

Kagan argued that the willingness of the United States to "retract" from world affairs would encourage other regional players to assert themselves. "[If] the United States, in response to increasing great power competition, retracts rather than trying to reestablish the sort of ground rules of order, we are going to invite more great power competition, we are going to invite more regional competition, the kind we are seeing now in both Europe and Asia," Kagan said.

In recent months of unfolding crises in the Middle East, Ukraine, and the continuing rise of China as a world power, a number of American analysts have questioned whether American power and leadership is in decline. Former statesman Henry Kissinger wrote of the dissolution of the post-World War II order, and the preeminence of the American system. Others have argued that America's lack of ability to reassure allies in Europe, Asia, and the Middle East represents a superpower in decline.