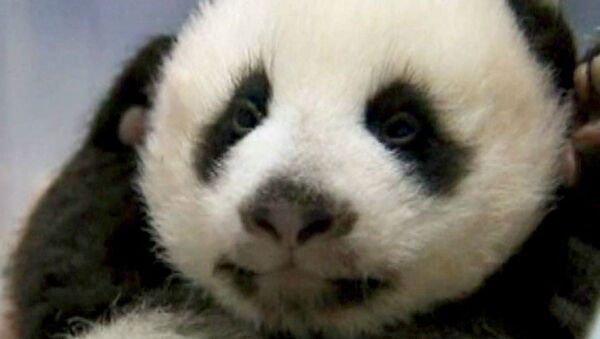 © Sputnik
Subscribe
The World Wide Fund for Nature (WWF) released a statement Saturday following the 12th meeting of the Convention on Biological Diversity, highlighting that the world has lost more than half of the planet's wildlife population.

MOSCOW, October 18 (RIA Novosti) - The World Wide Fund for Nature (WWF) released a statement Saturday following the 12th meeting of the Convention on Biological Diversity, highlighting that the world has lost more than half of the planet's wildlife population.

"At a time when the world has seen the loss of more than half of the planet's wildlife populations, countries are neither moving fast enough nor doing enough to prevent further decline," the statement reads.

Species populations worldwide have declined 52 percent since 1970, with a 76 percent decline in freshwater species and a 39 and 40 percent decline in marine and terrestrial species decline respectively, according to finding revealed at the convention that was concluded on Friday in South Korea.

The findings compiled in the WWF Living Planet 2014 report also states that global freshwater demand is projected to exceed current supply by more than 40 percent by 2030.

While urging governments to "supercharge" their efforts in conserving the environment, the WWF statement noted that forest ecosystems alone contribute $720 billion to the global economy.

"The COP [convention] urges Parties to take comprehensive and urgent measures necessary to ensure the full implementation of the Strategic Plan for Biodiversity 2011-2020 and corresponding national biodiversity strategies and action plans (NBSAPs)," the statement says, adding that it urges the relevant parties to do so by October 2015.

The Strategic Plan for Biodiversity 2011-2020, also known as the Aichi targets, and a main theme at the convention, is a ten-year framework for action by all countries and stakeholders to save biodiversity and enhance its benefits for people, as explained on the Convention on Biological Diversity website.

Among the strategies are getting the governments and society more involved, promoting sustainable use, safeguarding ecosystems and promoting the benefits of conserving biodiversity.

The WWF, formerly the World Wildlife Fund, was founded in 1961 in Switzerland and has been active in issues regarding the conservation, research and restoration of the environment. It is the world's largest independent conservation organization with over 5 million supporters worldwide, working in more than 100 countries.