Putin: Russia to Refrain From Supplying Gas to Ukraine Under Debt Obligations 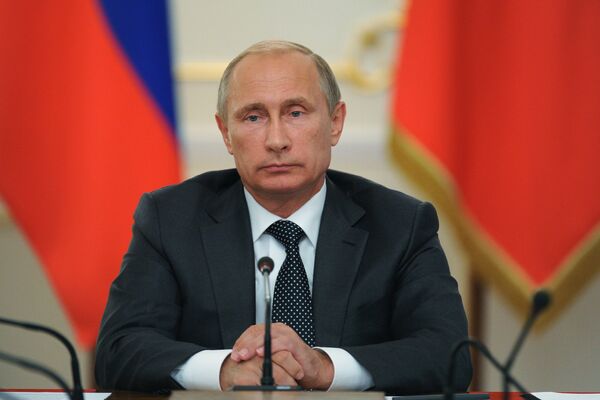 "Russia will not deliver gas [to Ukraine] under debt obligations. And I will tell you why. Firstly, there must be a certain consumer culture in place, for the Ukrainian population's payments for gas are quite irregular, more irregular than in Russia, and the gas price in the country is rather low," Putin told journalists after the Asia-Europe Meeting (ASEM) Summit in Milan.

In June, Russian energy giant Gazprom switched Ukraine to the prepayment system for gas supplies due to Ukraine's gas debt of more than $5 billion.

In September, during ministerial talks in Berlin, Russia and the European Commission proposed the so-called winter package. According to the package, Ukraine should pay off $3.1 billion of its debt by the end of 2014 in exchange for gas supplies in winter. Russia also insisted that Ukraine pay the first tranche of $2 billion before the start of the deliveries.

On October 13, Russia said it was ready to offer Ukraine a more flexible schedule for the repayment of the debt. The schedule saw Kiev paying $1.45 billion in the first installment of $3.1 billion, with the rest of the debt being paid by the year-end.

The same day, Ukrainian Energy Minister Yuriy Prodan said Ukraine was not willing to make any advanced payments for Russian gas supplies, insisting that payments should be made upon delivery.