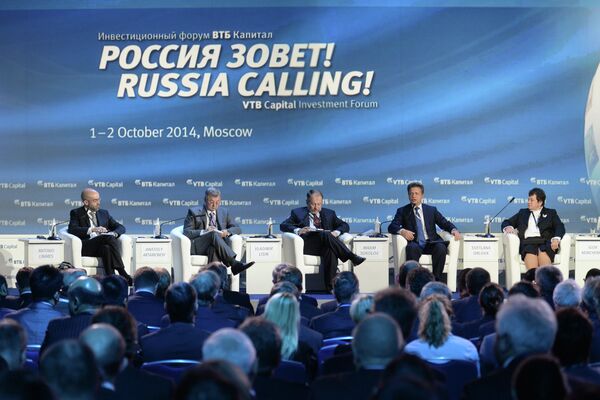 According to the newspaper, foreign investors are concerned about the current political situation in relation to the conflict in Ukraine and stopped looking for new investment projects in Russia. Nevertheless, the company hopes that the situation will soon improve.

Mangrove's portfolio contains about 70 companies amounting to $750 million. Its Russian portfolio includes such companies as KupiVip, Quintura, Drimmi and Internet retailer HomeMe.ru. The last Russian deal Mangrove concluded was in 2013, when the firm invested about $11 million into the hotel booking platform Oktogo.

Following Russia's reunification with Crimea back in March, the European Union, the United States and several other countries started imposing sanctions against Russia, accusing it of meddling with Ukraine's internal affairs and violating the country's territorial integrity, a claim Moscow has repeatedly denied. Western sanctions have negatively influenced the investment climate in Russia, making many companies consider leaving the Russian market.