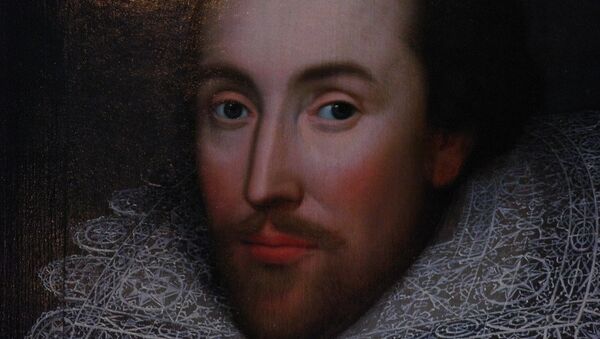 © Sputnik / Alexandr Smotrov
Subscribe
Two exhibitions dedicated to Shakespeare’s 450-th birthday will be held in Moscow by the London Victoria and Albert Museum (V&A); both exhibitions will be shown at the Bakhrushin Theatre Museum from October 30 to January 15, the museum’s press-office told RIA Novosti.

MOSCOW, October 17 (RIA Novosti) – Two exhibitions dedicated to Shakespeare’s 450-th birthday will be held in Moscow by the London Victoria and Albert Museum (V&A); both exhibitions will be shown at the Bakhrushin Theatre Museum from October 30 to January 15, the museum’s press-office told RIA Novosti.

The first exhibition is called "Photographing Shakespeare: 150 years of Theatrical Photoshoot", the second one, "The Half: Actors Through Simon Annand’s Lens". Both exhibits are planned as part of the UK and Russian Year of Culture.

"At the V&A exhibition Russian visitors will be able to see the best pieces of artistic theatre photography of Shakespeare’s plays, since the 19-th century," Yulia Litvinova, museum’s deputy director for PR and media communications, told RIA Novosti. "We discussed a plan for our project with the curator of the exhibition Kate Bailey in London. We hope that Simon Annand, legendary photograph, will attend the exhibition opening in Moscow," she added.

They show different aspects to directing Shakespeare’s plays in Great Britain from the 19-th century to modern times. Comparing historical and contemporary pictures is a kind of study of costume and directorial interpretations of plays in different times.

In 2012, the Globe Theatre held the Globe to Globe festival where 37 countries presented their interpretations of Shakespeare’s 37 plays. They were directed in 37 different languages as well. At the Moscow exhibition, visitors will be able to see pictures from the festival, as well as some relics from the V&A’s collection of theatrical photographs.

The second exhibition planned by the V&A in Moscow, "The Half: Actors Through Simon Annand’s Lens", derives its name from how Annand photographed actors a half hour before their shows. The exhibition of 90 photos allows a rare glimpse into the secret world of dressing rooms and actors’ rites and traditions.