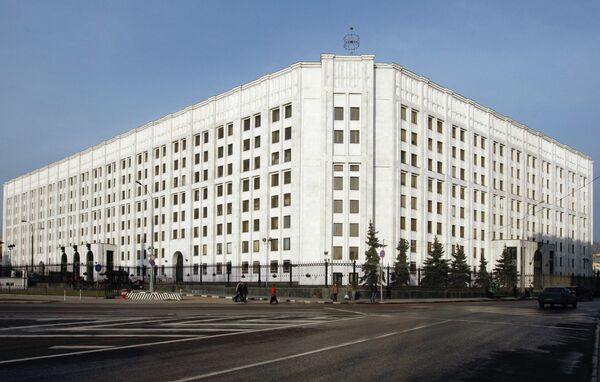 Russia can independently manufacture all of the military products it needs, but sometimes it is not feasible from the economic perspective, the country's Deputy Defense Minister Yuriy Borisov said Thursday.

MOSCOW, October 16 (RIA Novosti) – Russia can independently manufacture all of the military products it needs, but sometimes it is not feasible from the economic perspective, the country's Deputy Defense Minister Yuriy Borisov said Thursday.

"The Russian industry is capable of producing everything. It's just that sometimes it is not economically feasible, but amid a deteriorating political situation we must always remember that the issue of technological safety is the most important one," Borisov said in an interview to the Rossiya 24 TV channel.

According to Borisov, Russia has started working on an import substitution program in order to meet all of the defense industry's goals and not to put the army and the industry in an uncertain situation.

The program, which is expected to be adopted this month, aims to find alternatives to Western components that Russia's defense industry can no longer use because of the sanctions imposed against Russia.

Last week, CEO of Russia's state high-tech Rostec corporation Sergey Chemezov said that the restrictive measures are not having any effect on the fulfillment of Russian state defense orders.

A number of Western countries have introduced several rounds of sanctions against Russia, targeting its oil, defense and banking sectors, following Crimea's reunification with Russia in March. The measures were introduced over Moscow's alleged involvement in the Ukrainian conflict.

Russia has repeatedly stressed that it is not involved in the situation in Ukraine and that the language of sanctions is counterproductive.