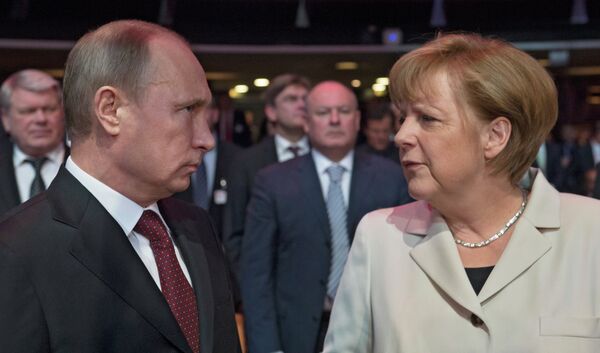 Initially the meeting was expected to begin earlier, but was rescheduled due to the changes in the Russian President's schedule.

On Thursday Vladimir Putin arrived in Milan where he will take part in the 10th Asia-Europe Meeting (ASEM). At the ASEM Summit the leaders of more than 50 countries will discuss sustainable development, global security and the peaceful settlement of the Ukrainian crisis, including the gas issue. Russian leader is expected to discuss this issues at bilateral meetings with his western colleagues.

Russian President arrived in Italy following his visit to Serbia where he held talks with Serbian leader Tomislav Nikolic and attended celebrations to mark the 70th anniversary of Belgrade's liberation from Nazi occupation in WWII.