HRW Calls on Russia to Guarantee Freedom of Expression 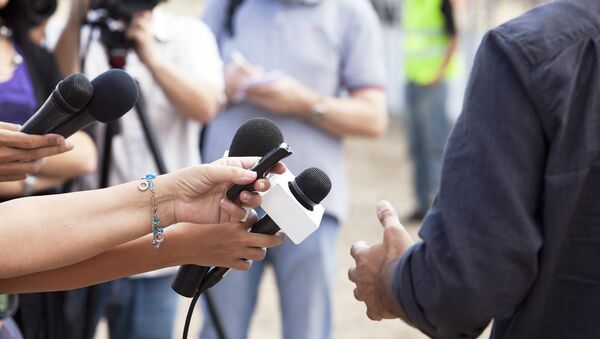 "An essential feature of freedom of expression in a democratic society is media pluralism, and Russia, as a party to both the European Convention on Human Rights and the International Covenant on Civil and Political Rights, is obliged to guarantee freedom of expression," Tanya Cooper, Russia researcher with the Europe and Central Asia division at HRW said on Wednesday.

According to Cooper, the new law will affect media pluralism in Russia and the print and online media will be affected the most. "It will also discourage competition, which will lead to a drop in the quality of media content," she warned.

Cooper acknowledged that several western states currently have similar laws regarding the foreigners' ownership of the local mass media. For instance, in the United States foreigners can control up to 25 percent of TV channels and radio stations, while in France, Austria and Canada and Indonesia – only up to 20 percent. "It is quite possible that other countries have laws, which limit foreign ownership of certain type of media," Cooper said, adding that Russia should not follow their example.

On Wednesday, Russian President Vladimir Putin has signed a law reducing the possible share of foreign stockholders in the Russian media to 20 percent. The new law also stipulates that foreign citizens, stateless persons and citizens of the Russian Federation, who have citizenship of another country, are not entitled to act as founders of media companies.

Previously foreign citizens were able to control up to 50 percent of the shares in Russian mass media entities.

According to the new law, the transition period is set until January 2017, allowing Russian media companies with foreign participation to bring the founders in line with the new legislation.