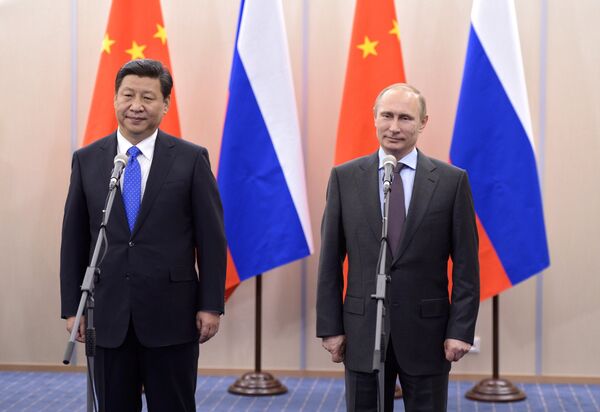 "I hope to meet with him in Beijing during the APEC events," Putin said at a meeting with the head of the Chinese government, Li Keqiang, adding that Russia and China were "natural partners and natural allies."

China's prime minister arrived in Moscow on Sunday for a three-day official visit.

On Monday, Moscow and Beijing signed a number of intergovernmental agreements on gas deliveries, satellite systems, the financing of banks, taxation and several other spheres.

In the wake of Western sanctions against Russia's key economic sectors, Moscow has energized its technology cooperation and trade ties with China. Beijing is Russia's largest trade partner, with the trade turnover between the two countries expected to reach $100 billion by 2015.

Asia-Pacific Economic Cooperation (APEC) is a forum for 21 Pacific Rim member economies that seeks to promote free trade and economic cooperation throughout the Asia-Pacific region. The 26th APEC summit is due to begin in Beijing on November 3 and will last for 10 days.