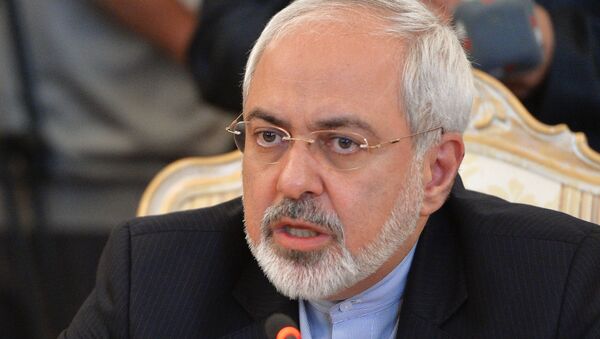 "Was a 'useful' meeting," Mann told RIA Novosti in a text message exchange minutes after the talks finished on Tuesday, but did not specify any further details.

The Tuesday meeting lasted for some three hours and precedes a trilateral meeting, scheduled for Wednesday, which will be joined by US Secretary of State John Kerry.

Tuesday saw meetings on Tehran's nuclear program between the nations' deputy chief negotiators. It was agreed that the next round of talks between Iran and the P5+1 group, comprising Russia, the United States, the United Kingdom, France, China, and Germany , will be held on October 16.

Iran and the six major powers are trying to reach a comprehensive agreement that would "ensure Iran's nuclear program will be exclusively peaceful," according to the Joint Plan of Action (JPA).

The JPA, an interim nuclear deal, was adopted in November in Geneva, starting the process paving the way for a long-term nuclear agreement.

Under the deal, Iran agreed to curb its nuclear program activities in exchange for some sanctions relief. The initial deadline for finding a permanent agreement was set for July 2014, but later moved till November 24.

The latest round of negotiations on Iran's nuclear program took place on September 24, when the group of international mediators met with the Iranian delegation in New York, although they failed to reach an agreement with Tehran on any of the key issues.