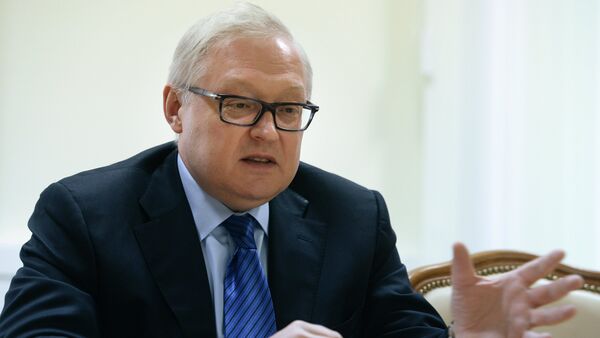 "A ministerial meeting is possible. But this will mean that the solution is near. Alternatively, if this is not achieved, complications are possible, like it happened last year, when ministers were unable to eliminate the problems on the first try," Ryabkov said Tuesday in an interview with RIA Novosti.

Ministerial talks are unlikely to take place this month, but could be held in November, Ryabkov said, answering a question about whether the foreign ministers of Iran and the 5+1 group would meet before November 24, the deadline for reaching a final agreement on Iran's nuclear program.

The previous round of negotiations took place in September in New York between Iran and the P5+1 group, which includes Russia, China, the United States, the United Kingdom, France and Germany, but did not yield any results as the parties failed to agree on any of the key issues. The next meeting is to be held in Vienna on October 16.

Iran and the P5+1 group initially agreed to reach a long-term nuclear agreement by July 2014 during a meeting in November 2013. The deadline was later moved to November 24, 2014.

The West has been accusing Tehran of developing nuclear weapons under the guise of a civilian nuclear program — claims repeatedly denied by Iranian authorities.