German MP: “Germany Has No Evidence of Who Shot Down MH17, Sanctions Russia Anyways” 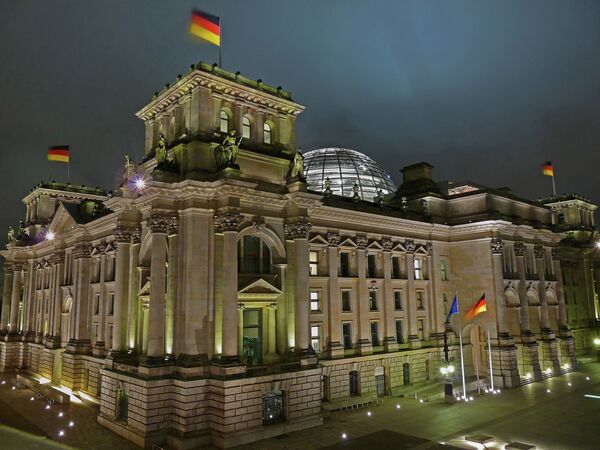 Recently, German Left Party parliamentarian Alexander Neu gave an interview for Rossiya Segodnya. He shared his thoughts on several subjects, from the investigation and reaction by the European community to the crash of Malaysian Airlines flight MH17 to German's proclaimed neutrality in its involvement in Ukraine.

Recently, German Left Party parliamentarian Alexander Neu gave an interview for Rossiya Segodnya. He shared his thoughts on several subjects, from the investigation and reaction by the European community to the crash of Malaysian Airlines flight MH17 to German's proclaimed neutrality in its involvement in Ukraine. Alexander is a member of the Left faction and a deputy in the Bundestag. He is Chairman of the German Defense Committee and is a former member of the Yugoslavian OCSE.

Hello Alexander, thank you for speaking with us, can you tell us please about your recent inquiry into the crash of MH17 and its results?

Alexander Neu: On September 6, I requested a deputy's inquest to the German government concerning the Boeing which was shot down over Ukraine. I was given a reply, which has now been released to the public. It was clear from the reply that, firstly, the German government had no idea whether MH17 was actually shot down. Secondly, if it had been shot down, the government couldn't answer who the responsible party was. This, in short, was the result of the query. Two days later, The Hague published its first interim report from the Dutch Safety Board and it was announced the plane was hit by a missile, but again it was not said by whom. So at this point, who was to blame this point was not answered.

The reason why I decided to make the inquest to the government was that immediately after the disaster, they used the German media to unanimously blame Russia, either by directly doing so or by accusing them of supporting the fighters in the east of Ukraine... and it was on this basis that sanctions were leveled against Russia – the first round of them. And now the German government has confirmed  that it does not know who shot down the Boeing. This is astounding, because it means the first round of sanctions was enacted on the basis of speculation.

Why, in your view, is the investigation of the disaster taking so long?

Alexander Neu: I can imagine an investigation of this sort requires a lot of time. On the other hand, I found it very interesting that two weeks after the plane went down, suddenly there was a lull, both in the Western media and by Western governments. This really surprised me. Western journalists presented this narrative that Russia knew for certain who had shot the plane down and so did Ukraine and the US, but no one wanted to talk about it, since it would only intensify the conflict. In my opinion, this supposition by journalists does not stand up to criticism. I am almost certain that if it was Russia or the rebels who were to blame, and the West knew about it, then everything would have been done to tell the world community about it, to say that Russia or the rebels had perpetrated it. Since this still has not happened, the question remains about who is really to blame. And from here there are some new avenues of thought opening up, namely, that it could have been the Ukrainian side, either due to negligence, by accident or through a deliberate action on their part, in order to place blame on Russia. This is also a possibility.

The territory where the plane’s debris fell was hit many times by mass shelling by Ukrainian artillery. So finding any new evidence is pretty unlikely now; almost everything there has been destroyed. Also, why have the conversations between the pilots and the dispatchers still not been released?

Alexander Neu: If the pilots were talking to someone, whoever it may be, and these discussions have not been published, it is another example of the failure to inform the public…Why is this information not being released? And the more important point is, why is this information being hushed up? Why is the investigation not transparently being carried out? Again and again this brings me back to the question about who benefits from all this. Perhaps it is Ukraine after all, together with the United States, of course, and the West as a whole.

The Ukrainian regime would not do anything without the approval of the United States. This regime is, above all, a puppet of the Americans. The German government is also trying to influence the Ukrainian regime, with its own interests in mind, but mainly it is the Americans. The German government is an integral part of the Western Bloc, including in the front against Russia, and in this sense there is a certain logic, if we are talking about her loyalty to the Bloc. But there is no logic when it comes to genuinely contributing to the investigation.

What do you think about the intention of the German government to send German military forces to the conflict zone in east Ukraine?

Alexander Neu: My colleague from the Left Party, Andrej Hunko, asked the OSCE in Vienna whether the organization had appealed to the German government for German drone support. The OSCE replied stating, and I emphasize this, that they did not ask either the German or the French government for support via drones. And they certainly did not ask for military support in the form of troops or other military support. On Wednesday I told this to [German Defense Minister] von der Leien at a meeting of the parliamentary defense committee, where Ms. Von der Leien had said that yes, the OSCE had asked for support, but she gave no specifics.

In other words, von der Leien is pushing the drones, even though the OSCE had not specifically asked for them. We, the faction of the Left, insist that Germany and the West as a whole have no right to interfere in the military conflict in Ukraine in any way, as an arbitrator, so to speak. This is because Germany and France and the entire European Union, as well as the members of NATO are a part of the conflict. They are a part of it because they support the putschist regime. They're supporting the Ukrainian regime with instructors and intelligence assistance. You cannot be a part of the conflict and at the same time a judge or a neutral observer. We see that Switzerland, the chairman of the OSCE, provides its drones (because Switzerland has drones to provide). Moreover, Austria will also provide drones via a private company –there is an agreement between the OSCE and this Austrian company. And this is normal, because these countries are neutral. But Germany isn't, especially from a historical point of view. If German soldiers end up in Ukraine, in the former Soviet Union, where 27 million people lie on their [historical] conscience; if we go there in army uniforms, building ourselves up as judges and observers, how will all this look?