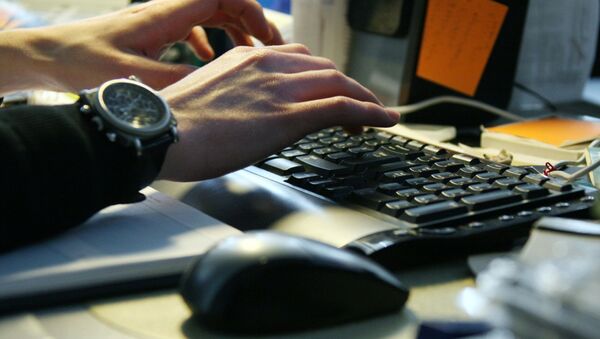 © Sputnik / Ruslan Krivobok
/
Go to the mediabank
Subscribe
International
India
Africa
Transparency International has called on governments in the Middle East and North Africa to make access to an important part of information of their political agenda, a statement published Monday on the organization's website said.

MOSCOW, October 13 (RIA Novosti) - Transparency International has called on governments in the Middle East and North Africa to make access to an important part of information of their political agenda, a statement published Monday on the organization's website said.

"Across the Middle East and North Africa, Transparency International chapters and partner organisations used the International Right to Know day to petition governments to put access to information high on the political agenda. We are calling for comprehensive access to information laws in countries where there are none and for greater implementation where laws exist, so that citizens can get the information they need to hold their leaders to account," the statement said.

In the statement, the organization said that on September 28 it sponsored a social media campaign on its Arabic Facebook page that drew the attention of over 1.2 million people from across the world and involved 36,000 citizens, supporting access to information.

The organization and its partners have already appealed to the governments of Egypt, Kuwait, Morocco, Palestine and Yemen to cultivate information laws that would conform to international standards. The authorities in these countries, Transparency noted, should show their commitment to the issue with actions rather than words.

According to the organization, such laws would contribute to the battle against corruption in the Middle East and North Africa.

"People need to know what their governments are doing and where tax revenues and other state income are spent. Without the political will, a legal framework to make this happen and the mechanism to enforce it, citizens will be left in the dark and corruption can flourish," the statement stressed.

Besides, the organization said that information laws would also allow people to take part in decision-making like in a democracy.

"The right to have access to information, freedom of expression and a safe space for civil society organisations to be engaged in decision-making are central to democracy and human rights," the statement concluded.

The organization reminded that having information laws in place is not enough since their implementation matters much more.