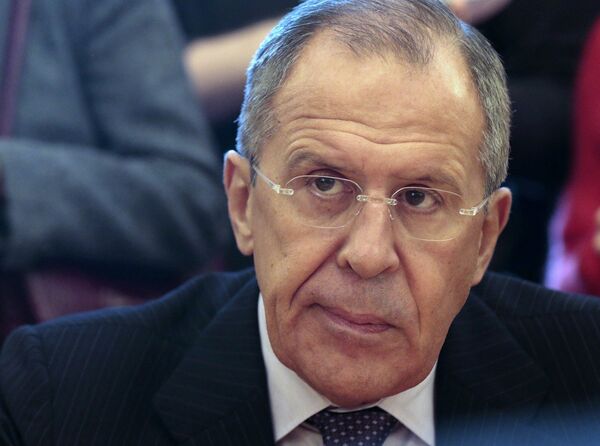 "Despite the hostile behavior of the Western partners, we still oppose sliding into the primitive scenario of a direct confrontation between Russia and the West. Russia is ready to continue contributing to the solution of the cross-border issues, but there must be mutual respect and equal rights," Lavrov said in an interview with Moscow State Institute of International Relations' MGIMO Journal.

The Russian foreign minister noted that alongside the ongoing Ukrainian crisis global threats like Islamic State (IS) extremism in Syria and Iraq, the Israel-Palestinian conflict, Afghan instability and conflicts in Africa still exist.

Lavrov stressed that only a joint effort can be effective in fighting global threats like terrorism, drug trafficking, arms trading, illegal migration and climate change, among other issues.

"A refusal to cooperate is an option neither for Russia nor for West. It is clear, however, that there is apparently no returning to the previous approach to Russia: insincere and full of double standards," Russia's top diplomat concluded.

Russia's relations with the West began to deteriorate significantly over the Ukrainian crisis.

Western politicians and media have repeatedly accused Russia of meddling in Ukraine's internal affairs and aiding independence supporters in the country's southeast, a claim Moscow has repeatedly denied.

Over the past few months, Western countries have introduced several rounds of sanctions against Russia. In August, Moscow responded to the sanctions by implementing a one-year ban on certain food imports from the countries that imposed them.