India Can Develop Productivity of Agricultural Sector to Export Goods to Russia: Expert 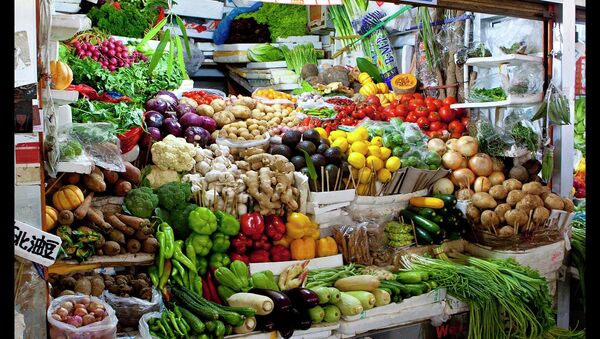 Mazumdar also mentioned the geographical proximity of the two countries as a positive factor for trade partnership.

"It takes about three hours to transport fresh vegetables from [India's] Delhi to [United Arab Emirates'] Abu Dhabi and I think that even Moscow is not that far," he claimed.

The Indian researcher believes the best way to boost agricultural productivity in the country is to "use better grains and use more land for farming and agriculture."

On August 7, Russia introduced a one-year embargo on agricultural and food product imports from the countries that imposed sanctions on Moscow over the Ukrainian crisis, namely Australia, Canada, the European Union, the United States and Norway. The list of banned products includes meat, poultry, fish, seafood, dairy products and fruit and vegetables.

The move came in response to several rounds of Western sanctions against Russian officials and companies amid the escalation of the situation in Ukraine.

Russian President Vladimir Putin has repeatedly stated that the effect of sanctions on the country is more positive than negative and that Russia will always find alternatives to replace those that do not want to work with the country.