Turkish Clashes: A Plight to Save Kobani 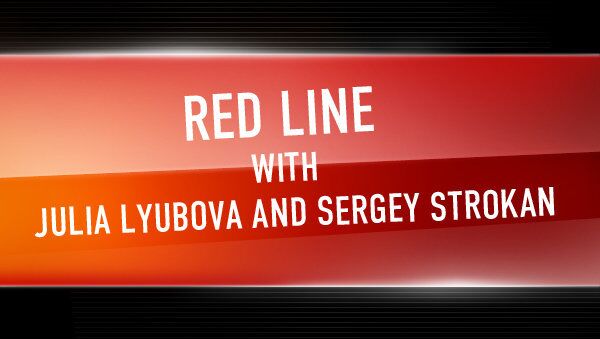 Subscribe
Nikita Alentyev
All materials
Julia Lyubova
All materials
All eyes are on the Syrian-Turkish border town, Kobani, where after a siege of more than two weeks, Islamic State fighters made their way inside the city. If Kobani falls, there will be questions about the effectiveness of US and coalition airstrikes.

All eyes are on the Syrian-Turkish border town, Kobani, where after a siege of more than two weeks, Islamic State fighters made their way inside the city. If Kobani falls, there will be questions about the effectiveness of US and coalition airstrikes.

Assist.Prof. Dr. Murat Yeşiltaş of the Centre for Middle East Studies in Sakaria University, Turkey, and Andrei Kortunov, General Director of the Russian Council for International Relations, shared their opinions with Radio VR.

How dangerous the situation for Turkey is?

Murat Yeşiltaş: For Turkey, there are two important and negative effects. First, the disaster march of the ISIS in Syria and Iraq doesn’t only force hundreds of thousands of people to flee the war and take refuge in Turkey, but it also has a direct impact on the number of issues concerning Turkey’s internal politics. One of the important risks for Turkey is regarding the reconciliation process, namely the Kurdish opening in Turkey which was started in 2009. In that context the Kurds in Turkey, not all of them, of course, but the pro-Kurdish People’s Democratic Party in Turkey is against Turkey’s inaction to intervene the ISIS in Kobani.

According to the pro-Kurdish People’s Democratic Party there is a strong relationship between the conflict in Kobani and the opening process in Turkey. And they’ve declared that if Kobani falls, the Kurds in Turkey will stop the negotiation process. This is of course a very important risk for Turkey now which leads to a very conflicting situation within the Turkish borders.

Is there any alternative Ankara could help Kobani?

Murat Yeşiltaş: Turkey of course wants to prevent Kobani from falling, however it seems rather difficult to prevent the ISIS from seizing Kobani due to the ISIS’s military capability. They have heavy military equipment and Turkey does not want to intervene by alone and wants to integrate NATO and others, like the US, as the main partner in intervening in Kobani.

I think one of the important divergences between the US and Turkey nowadays is that Turkey sees the ISIS as a symptom, rather than the cause of the problem. And Turkey believes that only a comprehensive and ambitious campaign targeting the Assad’s regime can help to stabilize the region in the long-term. Therefore, Turkey’s main priority is not directly to attack or intervene the ISIS, but, at the same time, the strategy should also cover the Assad regime. This is the main priority for Turkey, because Turkey believes that you cannot solve the ISIS problem by only using the airstrikes in Kobani.

Andrei Kortunov: Definitely, it is important to have a comprehensive arrangement of the whole problem, which would go beyond this particular situation. But there are a couple of issues that are very difficult to resolve. For example, one of these issues is the attitude towards the current Syrian regime. And indeed, the US and Turkey are very reluctant to recognize, not even to mention a potential cooperation with the Assad regime. But what kind of alternatives do we have there?

Another important issue, and I think it is also a very difficult issue for the US and partially for Turkey, is that if you really want to fight terrorism and political extremism in places like Iraq, you cannot do it without getting the Iranians on board. You have to have some kind of implicit or explicit understanding and cooperation between all the sides, including Iran. And this is not what many people in Washington DC would like to see. So, it is not really easy, without additional compromises, without the changes of attitudes towards some of the opponents and some of the potential enemies of the West in the region.

Tell us about this protest that’s been sweeping throughout Turkey?

Murat Yeşiltaş: There is a street demonstration in Turkey, but I think we should look at the different side. First of all, the PKK and the People’s Democratic Party have declared that because of Turkey’s inaction in Kobani they want to cancel the negotiation process.

When you look at the demonstration in the street, there are two groups. The first one is the PKK and the pro-Kurdish parties and the other is Huda-Par, which is an important Islamic-Kurdish party (we call it a Turkish Hezbollah, but it is completely different, it represents a different ideology). When you look at the people who were killed during the last two days, it was not by the police or the military, but by the people amongst these two groups. But I think in this conflict Turkey has a clear message to the Kurdish people and the other groups, trying to prevent the conflict among them.