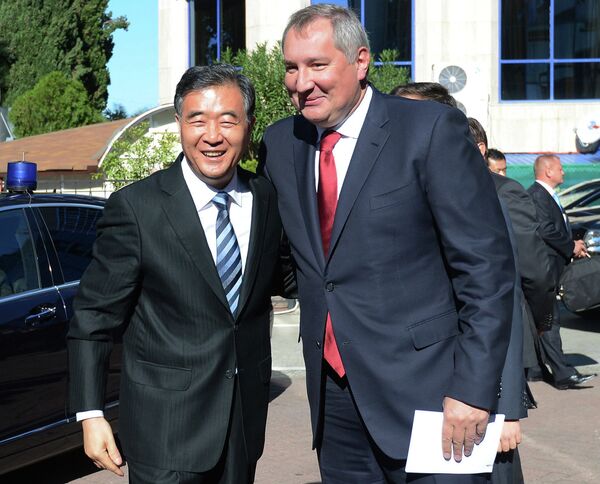 “The city of Sochi reflects the vitality of Russia. Therefore, we came to think that Western countries were wrong in imposing sanctions against Russia,” the Chinese vice premier said, adding that sanctions are “erroneous actions".

“We are certain that despite external factors of instability, the Russian people will be able to show determination and patience to overcome all sorts of current difficulties,” he added, asserting that “China opposes the West’s use of sanctions to exert pressure."

The Russian Deputy Prime Minister and the Chinese Vice Premier met during the 18th session of the Russian–Chinese Commission for the Preparation of Regular Meetings of the Heads of Governments, which is currently taking place in Sochi.

The United States and the European Union have imposed several rounds of sanctions against Russia’s largest banks, energy and defense companies, as well as certain individuals, over Moscow’s alleged involvement in the Ukrainian conflict, a claim Moscow has repeatedly denied.