Most Muslims Disagree with IS, See Militants As Barbaric Criminals: Analyst 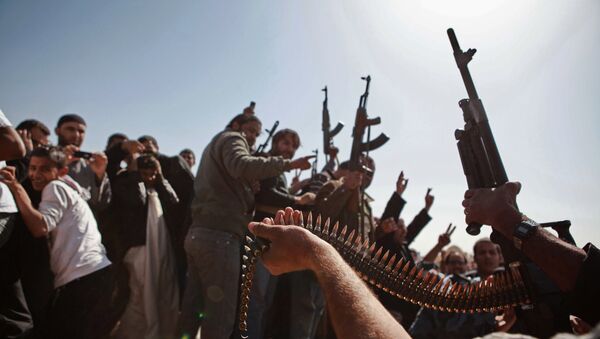 The vast majority of Muslims do not support the Islamic State (IS), saying they are barbaric criminals, a Senior Associate Fellow with the Royal United Services Institute (RUSI) Margaret Gilmore told RIA Novosti Friday.

“The ISIS is not supported by the vast majority of Muslims anywhere in the world. The vast majority, especially in the UK, are sticking against [the IS], saying to others they [IS] are not Islamic, they are barbaric criminals,” Gilmore said.

Gilmore underlined that the threats of IS carrying out terrorist attacks in Europe are quite substantial and the militants have already posted videos on the Internet stating exactly what they want to do and urging people to carry out attacks “even without their authority, just doing that on their own. And sadly, they are very good on the propaganda front.”

She also noted that it is too early to draw any conclusions about the terrorism suspects arrested in the British capital who are believed to have been plotting an attack inside Britain and are probably linked to the Islamic State (IS).

“This happens quite a lot – a lot of people are being arrested,” Gilmore said commenting on the arrest of a fifth suspect. “He hasn’t been charged yet, we just have to wait and see.”

“More generally, when the police arrest people sometimes, it is because they suspect that somebody is planning something. And they decide that instead of waiting and putting them under surveillance, and getting enough evidence to take them to court, it is possible to disrupt something that is being planned at an early stage, and to send a message to people that actually, we are watching you and don’t go any further,” Gilmore explained.

Europe is now concerned over the return of European nationals from Syria, where they may have been recruited and trained by the terrorists.

“You cannot stop people who have a British passport coming in, or you cannot stop them going out. So if they [police] are going to suspect that somebody is going to fight in Syria, and they have evidence, they will take away their passport and stop them travelling there,” Gilmore told RIA Novosti.

She also underlined that UK border security is very tough, including checks against Interpol and Europol, and many people are stopped while trying to enter the United Kingdom.

“But I think the biggest problem is people who are British, who have a passport and are therefore free to come and go, are being radicalized and becoming extreme. And lots of it is happening through the Internet, people who have already gone there to fight, urging them to come and join them, and sometimes I think they don’t really realize what they are doing,” Gilmore said.

The IS militants started fighting the Syrian government in 2012, seizing large parts of the country. They launched an offensive in Iraq in June 2014 and proclaimed the establishment of a caliphate on the territories under their control in Syria and Iraq.