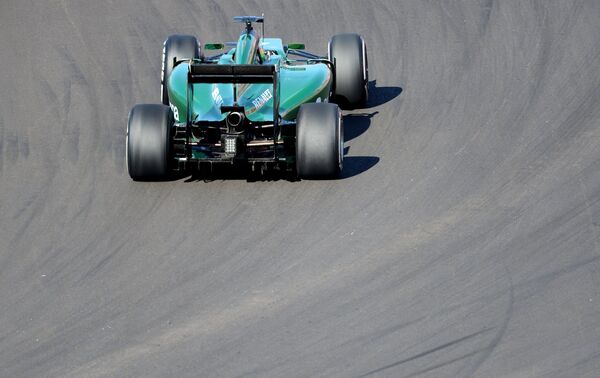 © RIA Novosti . Mikhail Korytov
/
Go to the mediabank
Subscribe
International
India
Africa
The first Formula 1 Grand Prix to be hosted in Russia kicked off at the new Sochi Autodrom in the southern resort city of Sochi on October 10.

MOSCOW, October 10 (RIA Novosti) - The first Formula 1 Grand Prix to be hosted in Russia kicked off at the new Sochi Autodrom in the southern resort city of Sochi on October 10.

"After months of anticipation, Formula One racing arrives in Russia for the first time this weekend, with the brand-new Sochi Autodrom – the only racing circuit in the world to be located in an Olympic venue – playing host to the teams and drivers," a statement by Formula 1 posted on the organization's website says.

"It's great to see how excited and enthusiastic people are here, it's huge for them. I hope this event will have a good future here," Lewis Hamilton, a driver from the Mercedes AMG team said Thursday ahead of the event.

The drivers will participate in the first of three free practice sessions on Friday morning. Russia is being represented at the competition by Daniil Kvyat of the Toro Rosso racing team. Another Russian driver, Sergei Sirotkin, will also take part in the first free practice session. This will be the debut drive at a Grand Prix for a 19-year-old Sirotkin, who is replacing Mexican driver Esteban Gutierrez on the Sauber team.