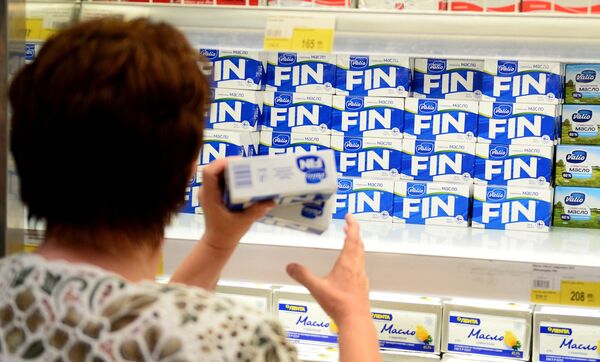 The Finnish company Valio will begin the production of milk and cream at its partner factory Galactika near St. Petersburg, the company said in a statement Friday.

MOSCOW, October 10 (RIA Novosti) - The Finnish company Valio will begin the production of milk and cream at its partner factory Galactika near St. Petersburg, the company said in a statement Friday.

"The widening of the range of products produced in Russia <...> is designed to offer customers the widest choice of dairy products that meet the quality standards of Valio," the statement said.

The production of Valio UHT drinking milk of 1.5 percent, 2.5 percent, 3.2 percent fat and 10 percent fat cream will begin at the Galactika factory in October, the company said.

It was also noted that it is impossible to completely replace the Finnish range of production in Russia, for example, the production of lactose-free dairy products, which can be carried out only under a patented technology on the territory of Finland, the company's head of operations in Russia Mika Koskinen said.

Until August, about 90 percent of Valio products in Russia were imported from Finland, while the rest was produced on the company's factory in the village of Ershovo in Moscow Region and on its partner factory Galactika.

In August, Russia introduced a one-year ban on certain food imports from the European Union, the United States, Australia, Canada and Norway in response to the sanctions they had imposed against Moscow over its alleged involvement in the Ukrainian conflict.